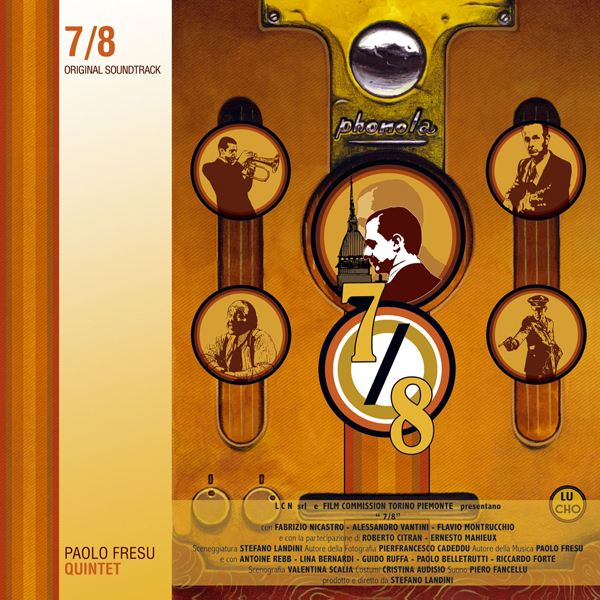 Paolo Fresu, an eclectic and really gifted artist, is the most famous Italian trumpet-player in the world and is offering us another amazing album, this time connected with the cinema: “7/8” is the soundtrack of the last Stefano Landini’s movie.

The title “7/8” (sever eighth) is referred to the jazz tempo, the musical genre inspiring the whole project.

Here relationship between music and images are really closed in such a way that each frame is completed by the notes, and the vice-versa losing the border lines.

But music, poetic and involve, is also living by itself and is able to pass on amazing emotions and to stir up reflection moments.

„Recording the music for “7/8” was a real challenge for me
The challenge of the production time (they were really close in the hot summer of 2006 with thousand concerts and travels) but above all a language challenge.

7/8 is a story set during the fascism period – II World war – when jazz was just moving his first steps in Italy with Ellington sounds hidden among the songs allowed by the regime.

It’s a soundtrack inspired by a story where the music becomes a telling and begins a fascinating trip helped by images and characters who appears and disappears through the opera.

All this is interpreted by my Quintet with whom I’ve had the honor to share great musical experiences.“ Paolo Fresu – 01.2010

Some words about the movie: A David di Donatello and a Coppa Volpi at the “Mostra del Cinema” in Venezia “7/8” is the fist movie about Italian jazz in the 40es.

Dramatic, enthralling and full of great Italian interprets (Roberto Citran, Ernesto Mahieux, Fabrizio Nicastro) the movie tells about the censorship and the mistrust that surrounded actors and musicians in the Italian jazz world during the fascism. It’s enough to think that the jazz was seen as a menace for the italic melody.